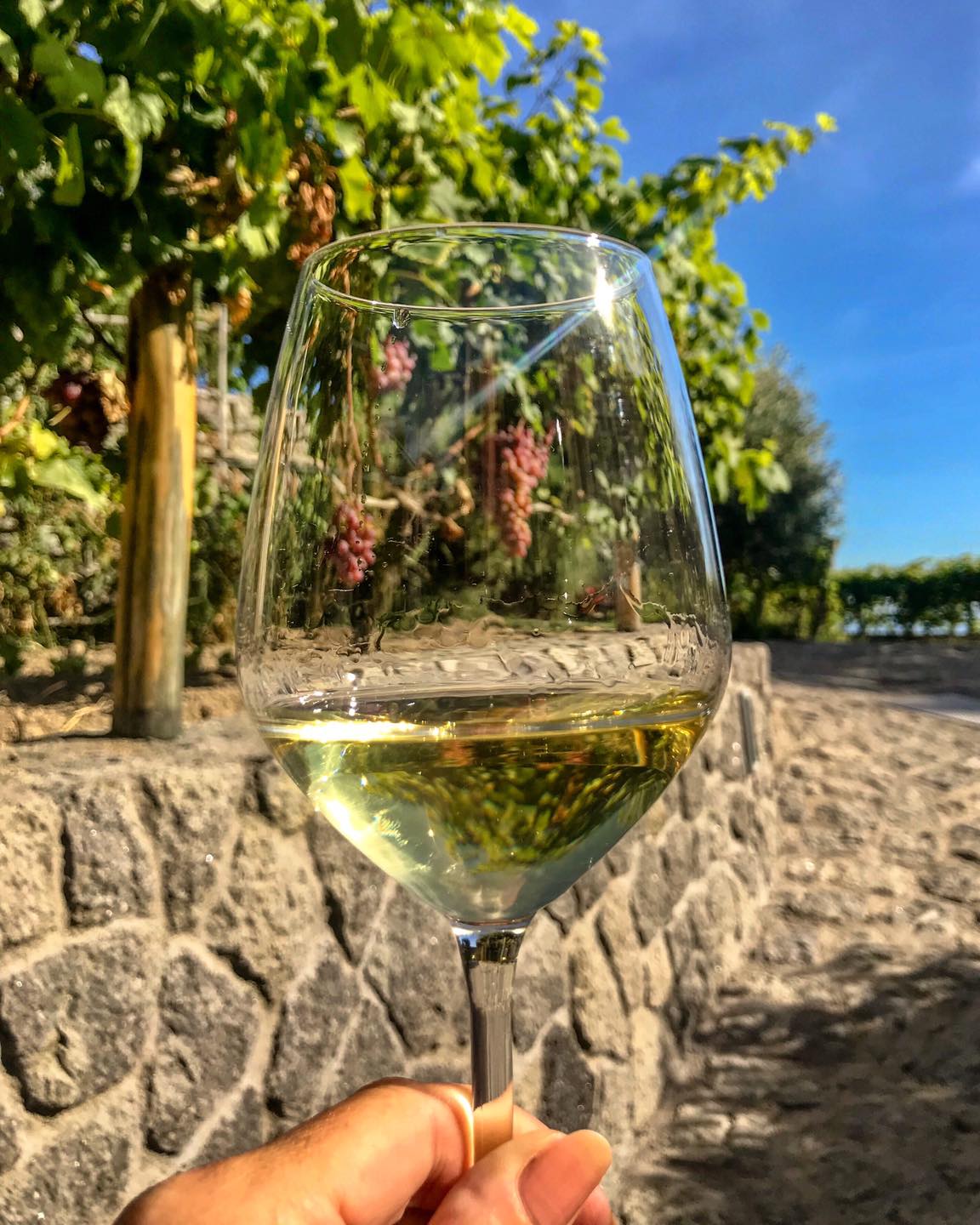 GOING TO CELLARS… IN ISCHIA

WAITING FOR THE NEXT 2022 EDITION, WE INVITE YOU TO READ THE ARTICLE OF THE 2021 EDITION

“From 20 to 30 September, Going to Cellars, in its thirteenth edition, offers a series of guided tours, which invite you to discover the places, stories and protagonists of Ischian viticulture.

An opportunity to meet historical producers and small local winemakers, and to experience the beauty of breathtaking landscapes and corners little known to the general public of the beautiful Ischia.

This year, for the first time, all the historic companies on the island, with about twenty wineries, have joined the project and will open their spaces to the public.

We remember Casa D’Ambra which has been producing wines from the island’s typical vines since 1888; the Cantine Crateca born in an old inactive crater at 500 meters above sea level between the municipalities of Casamicciola Terme, Forio and Lacco Ameno; Mazzella Vini founded in 1940 which still produces wines in an artisanal way; Pietratorcia which cultivates 7 hectares between Forio and Serrara Fontana; Tommasone in the upper area of ​​Lacco Ameno; Perrazzo Vini, the company founded in 1880 in the deep tuffaceous gorges of the port of Ischia; Cenatiempo with its heroic viticulture on the southern side of the island at 450 meters above sea level in the municipality of Serrara Fontana; Tenuta Ruffano which cultivates 5 hectares of vineyards on the slopes of Epomeo on the southern side.

The volcanic nature and the fertile soil have allowed the development of a peasant culture that finds its maximum expression in the cultivation of the vine and in the production of wine; a culture that has been consolidated over time and that still today, sometimes hidden, sometimes more evident, can be read along the maze of paths and mule tracks that intertwine within the island.

In short, Andar per cantire is organized precisely for wine lovers, but also for those who love to discover breathtaking views, for those who are still amazed by places that have stood still in time, for those who let themselves be enveloped by the heady scents of our fantastic Ischia.”